A DREAM OPPORTUNITY FOR CHRIS

Our “Newcastles of the World” alliance has led to a dream work placement for a Northumbria University (Newcastle upon Tyne) student. For a year mechanical engineering student Chris Brownhill has swapped Newcastle upon Tyne for the city of Shinshiro in Japan. Through the alliance Chris secured a yearlong work placement at the Japanese cutting tool manufacturing company OSG, based near Shinshiro. Having wanted to visit Japan for as long as he can remember, Chris Brownhill’s placement is a dream come true. Chris  (pictured below with Shinshiro Mayor Ryoji Hozumi) is already enjoying immersing himself in Japanese culture and learning as much as he can. “Everything will be completely different, but that is what appeals to me – the culture, the cuisine and of course the language. I was doing my best to learn Japanese since I found out I had secured the placement.
“I’m really looking forward to just learning as much as I can and then bringing that back to Newcastle for the final year of my mechanical engineering degree at Northumbria University and my dissertation next year.”

“My thanks are to OSG, the city of Shinshiro and the Newcastles of the World Alliance who are reaching out a helping hand to create this arrangement – and have given me the warmest of welcomes. I will be furthering my university studies through work experience, as well as learning the hard working mindset known of Japan. During my spare time from work, I will be looking to experience Japan’s amazing sights, culture and cuisine which has been a dream for a long time.
After being able to meet with some of the Newcastle’s of the World Alliance members from Newcastle Upon Tyne and Shinshiro City, I have been given a great insight as to the reason I was able to take on this placement, and it was exciting to learn about some of the Shinshiro City’s students’ different interests in the sciences.”
Chris is the first student to secure a placement through Newcastles of the World and it is hoped further international opportunities for work and study will follow. Zélie Guérin, Newcastles of the World Project Director, said: “One of the aims of the project has always been to enable connections through business and education so this placement brings those two together.” Caroline Theobald CBE is Chair of Northumbria University’s Newcastle Business School Advisory Board, as well as a Trustee of Newcastles of the World in Newcastle upon Tyne , and she helped establish the relationship with OSG. She said: “I met the team from OSG at a business seminar and they were very interested in forging links with Northumbria through Newcastles of the World. They are a global manufacturer and recruit some of the best graduates around the world, so this link with Northumbria University will benefit both organisations. We’re sure the next year will be an incredible experience for Christopher and one which will shape his future career.”

Robert Indiana, a major figure from the world of modern art, died in 2018. Aaron Dicken, of New Castle, Indiana (Robert’s home town) tracked him down and met him in 2015. Here he pays tribute to Robert’s life and legacy

“Reading his biography, one could probably rationalize why Robert Indiana had a reputation for being somewhat unpleasant. He was adopted, he had transient parents who later divorced, and was repeatedly taken advantage of, which includes the copyright debacle of LOVE, as well as the requests for art and more, late into his life (speculation).

However, that is not the man Dick Bouslog and I met in the summer of 2015. For three hours, which is a lot for someone who was 86 at the time, he was gracious, he was warm and welcoming, and he was just another man who enjoyed conversation over coffee and cookies (my mom’s cookies, actually).

He was an enigma and a recluse. So many people had tried to reach out to him after his permanent move to Vinalhaven, Maine, and without much success. The late John Dickey (another New Castle citizen) shared a note he had received from the artist when we showed a small exhibit of serigraphs at the Henry County Art Center in New Castle, which was a rarity. I remember being floored looking back at that visit to the Star of Hope that he had a binder marked “Henry County Indiana,” which I regretfully did not ask to peruse. I can only imagine it was filled with his unreturned collection of correspondence from other community members and articles of interest.

Though over due, I’m proud of how the New Castle community has taken to heart Bob’s legacy, which started with his first breaths in New Castle. A group of people have come together, whether it be with financing, fabricating, or organizing, to create our two LOVE sculptures, a beautiful mural that represents his life and works, and the Robert Indiana Parkway. During this sad time, I am comforted in the fact that I got to show Bob how he is loved and how his legacy will carry on in his “long ago hometown” before he passed.

This artist is obviously world-renown for LOVE, a powerful message and theme in 1966 that will undoubtedly carry his legacy. But his life was so much more than that, such as his stint at the New York World’s Fair with his EAT sign in 1964, his breakthrough into modern art with American Dream I at the Museum of Modern Art in 1961, his avant-garde design and painting of the MECCA floor for the Milwaukee Bucks in 1977, or the reimagining of LOVE when he created HOPE in 2008.

Surely, HOPE is something Bob carried with him throughout his life. But that leads me to a word I think he embodied even more…RESILIENCE. Although that word can’t be made into a masterpiece as easily, to come from the beginnings from which he came, to endure the trials and tribulations he endured, it beyond question took resilience. Had he not exemplified that word, the world would be a little less colourful, a little more devoid of HOPE, and a little less full of LOVE.

May his legacy of love, hope, and resilience live on.”

SEE ALSO THIS OBITUARY FROM THE UK PRESS 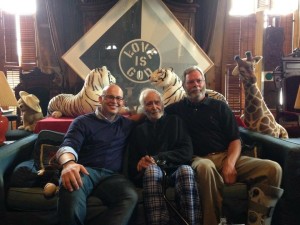 He’s the man who loves the city of Newcastle upon Tyne so much that he named himself after it. Iranian Ali Reza Sarkhofh swapped Tehran for Tyneside eleven years ago in the search for a better life. Now he has celebrated becoming a fully-fledged British citizen by officially changing his name to Peter Newcastle. Peter said: “The people of Newcastle feel like my family. “If you have a son or a daughter or a brother or a sister, they share the same name as you and that’s why it made sense for me to share my name with this great city.”Peter lives in the heart of the city centre, just a stone’s throw away from two of Tyneside’s most famous sites, St James’s Park and the former Brown Ale Brewery site. Working as a secretary for a print firm, in Elswick, he got regular lessons on the Geordie dialect from his colleagues.

Peter said: “They have taught me how to say ‘why aye’ and the biggest thing I have learned is everyone is called ‘mate’. My favourite thing about Newcastle is the people. They will always be your friend and always give you such a warm welcome. The place I like to go the most in the city is the Quayside. I love the bridges and the river.” Peter grew up in the Iranian capital of Tehran but moved to Newcastle upon Tyne in 2001. He instantly fell in love with the area and settled in a house in Spring Garden Lane, Arthur’s Hill. After seven years on Tyneside, he became an official British citizen at a ceremony hosted by the Sheriff of Newcastle Councillor David Wood, at the civic centre’s banqueting hall.

North East England’s leading community circus practitioner made the journey from one Newcastle to another. Steve Cousins – from Newcastle, Australia – now lives in Gosforth, Newcastle upon Tyne, and with his wife Helen Averley,  set up “Let’s Circus”.

Let’s Circus is a professional circus outreach company based in Newcastle that creates and delivers programmes of circus performances, street theatre and variety entertainment and is the largest provider of circus training programmes, circus workshops and participatory events in the North East of England. 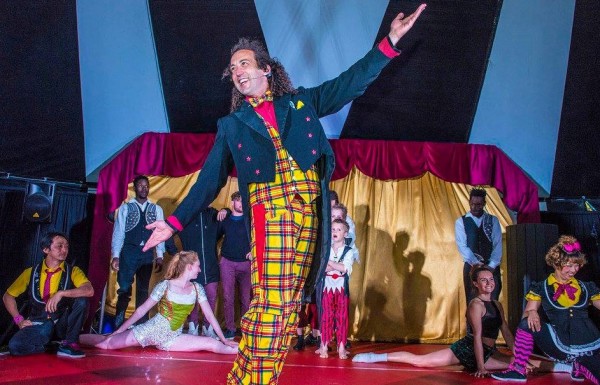 Steve was born in Wangi Wangi between Sydney and Newcastle, New South Wales, and went to Merewether High School in Newcastle. He’s a committed champion for circus participation and a driving force behind the community circus scene in the North East of England. His focus is bringing people together to engage in new experiences and to spread the universal language of laughter. He has an active career as a solo street entertainer, having worked professionally on four continents and is currently a director of the Circus Development Agency, the UK’s advocacy body for circus.